The Irish diaspora is one of the largest in the world. A people often forced to leave their homes due to hardship.

Emigration has been a constant theme in the evolution of the Irish Nation and has touched the lives of people in every part of Ireland.

From 1700’s to the present, approximately ten million Irish men, women and children left Ireland and settled abroad.
The great majority of Irish emigrants settled (in order) in the US, Great Britain, Canada, Australia and New Zealand. Others went to South Africa and Latin America.

During the Famine, or The Great Hunger, more than one million Irish people died of starvation and famine-related diseases. And over two million people had no choice but to leave the country to survive.

Irish emigrants have had a massive impact on the development of the countries in which they settled. Through hard work and social integration they had taken on the role of Ireland’s representatives, enhanced the reputation of Ireland and the Irish in almost every corner of the globe. They built relationships that increased international regard for our rich cultural heritage.

The descendants of Irish ancestors owe much to those that travelled the world to better their lives. In times gone by, leaving Ireland was often perceived as a life sentence particularly by those who were left behind. Without the bravery of these ancestors, enduring arduous sea voyages and setting foot on strange and intimidating new lands, the global Irish family would not exist today.

Those poor Irish emigrants have played an important role in the world’s story, and one which countless people can claim in their own family story.

For all Irish, at home and abroad, this is a shared history, we must celebrate and remember the sacrifices of those that went before us. Many left, hoping to, but never did return. We are all connected by their actions, we welcome each other as long lost relatives coming home, we greet each other as a family – The Global Irish Family. 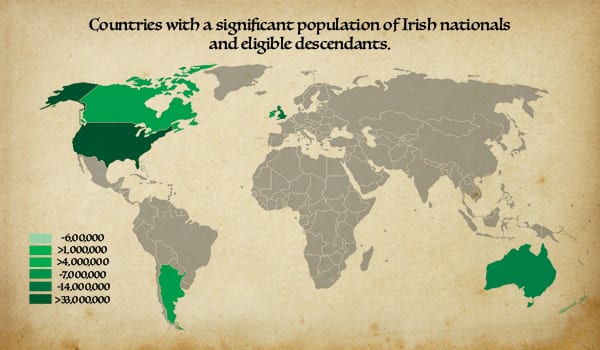 “There is something palpable in the Irish psyche nudges us to be and keep on being community to one another. A deep appreciation of the emigrant experience and an affinity with a sense of Irishness – however that is interpreted – are defining characteristics of the global Irish family. Our culture and heritage are powerful instruments of connection.” 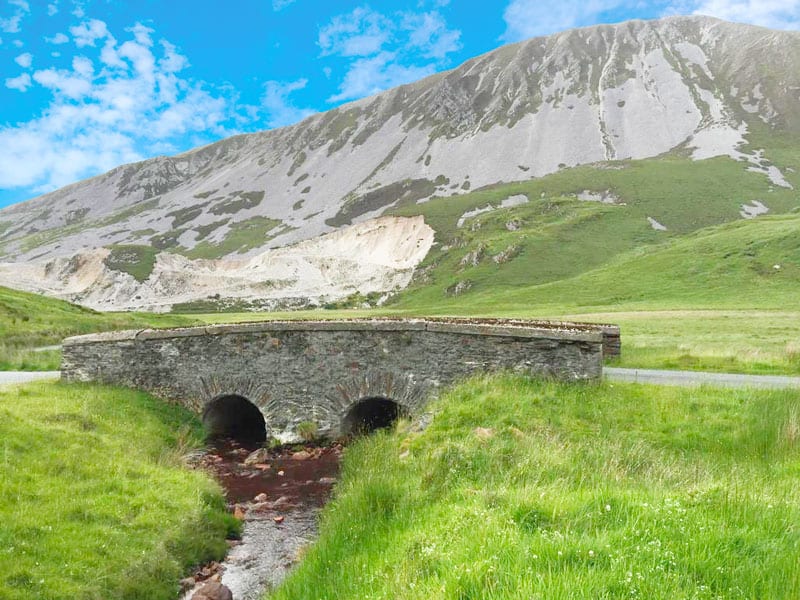 The Bridge of Tears

The Bridge of Tears in West Donegal, Ireland. Family and friends of emigrants would accompany them as far as the bridge before saying goodbye, while the emigrants would continue on to Derry Port.

A coffin ship was any of the ships that carried Irish immigrants escaping the Great Irish Famine. They boarded ships that were over-crowded and disease-ridden, with poor access to food and water resulting in the deaths of many people as they crossed the Atlantic. Roughly a third of the passengers never made their destination. It was said that sharks could be seen following the ships, because so many bodies were thrown overboard.

Our Ancestors
Leaving for a better place

An eyewitness account of a Famine Ship bound for America from a Mr Stephen de Vere. He was sailing to America in steerage in 1847.

He wrote afterwards:
“Hundreds of poor people, men, women and children of all ages huddled together without light, without air, wallowing in filth and breathing a fetid atmosphere, sick in body, dispirited in heart; the fevered patients lying beside the sound, by their agonised ravings disturbing those around. The food is generally ill-selected and seldom sufficiently cooked in consequences of the insufficiency and bad construction of the cooking places. The supply of water, hardly enough for cooking and drinking, does not allow for washing. No moral restraint is attempted; the voice of prayer is never heard; drunkenness, with all its consequent train of ruffianly debasement, is not discouraged because it is found profitable by the captain who traffics in grog (watered-down Rum). 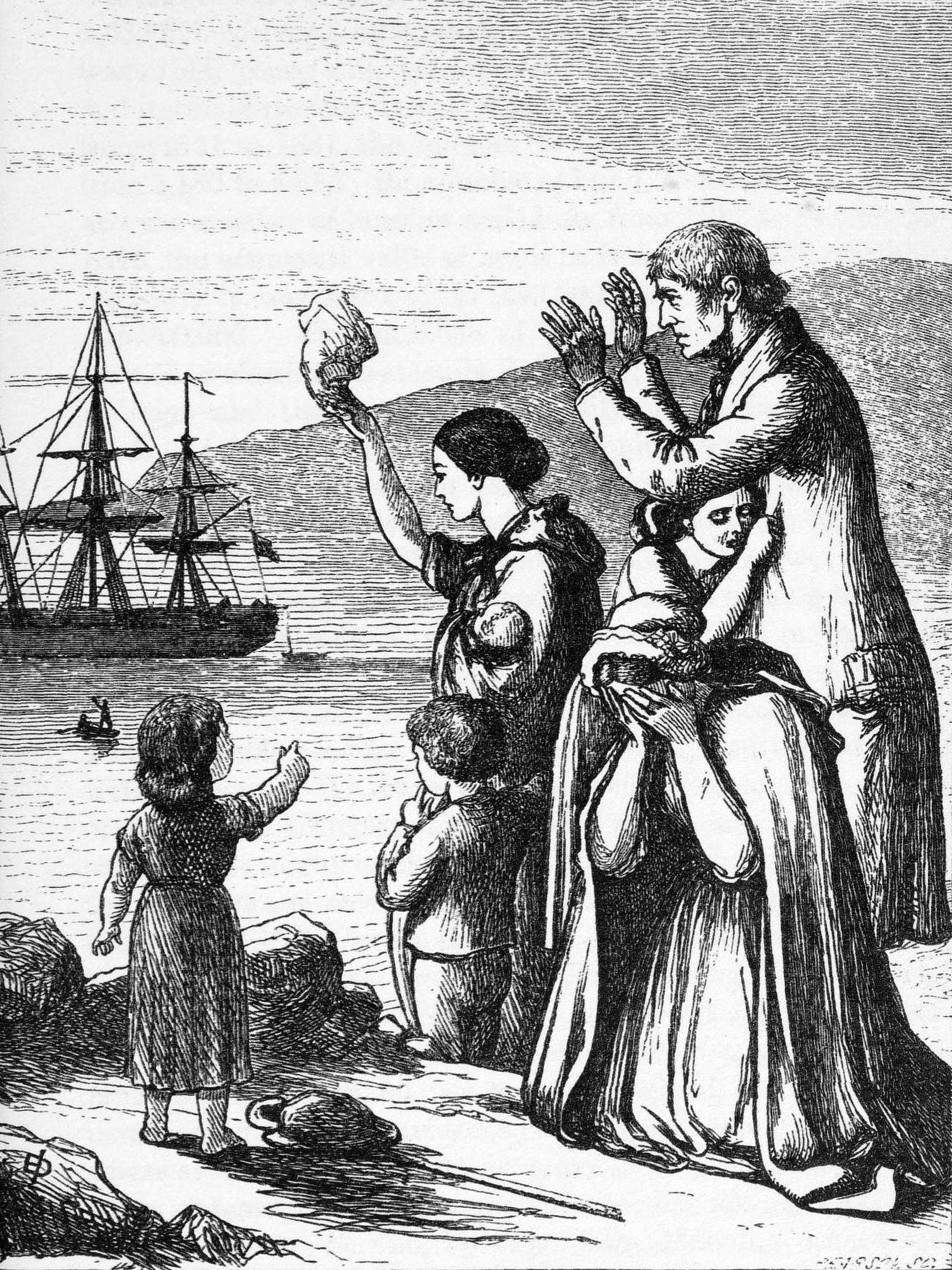 “Do not resent growing old. Many are denied the privilege.”

“Some memorials to “The Great Famine”or “The Great Hunger” (an Gorta Mór ). 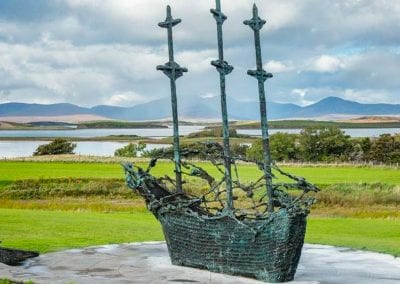 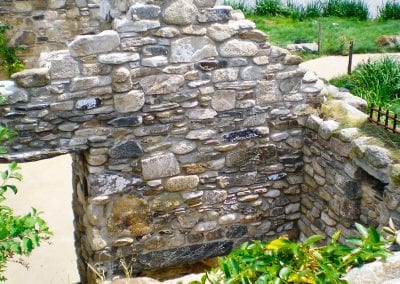 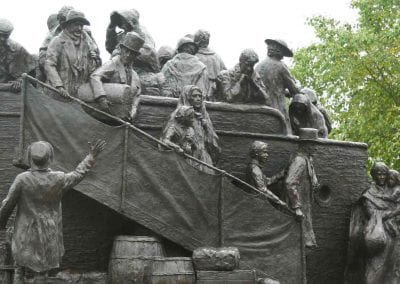 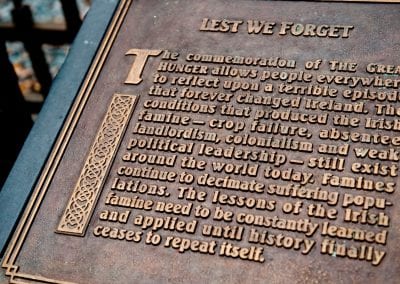 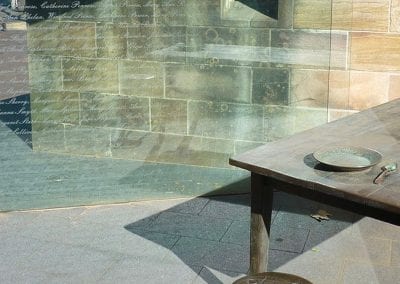 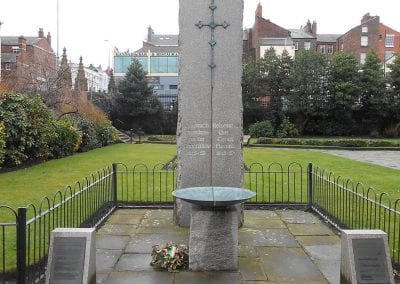 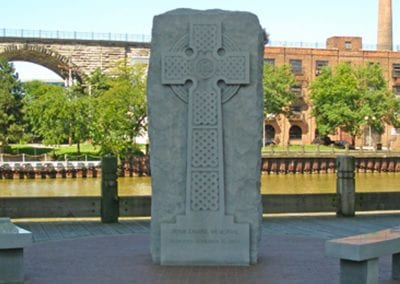 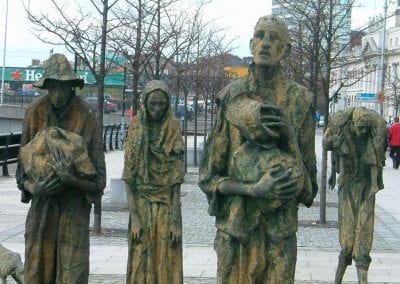 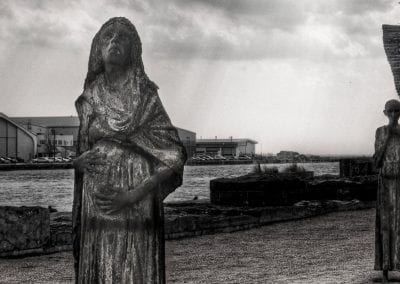 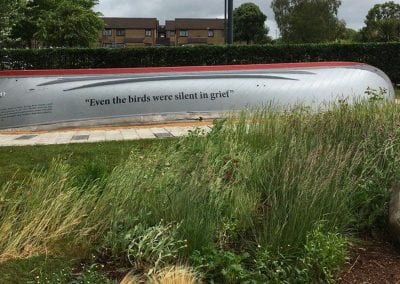 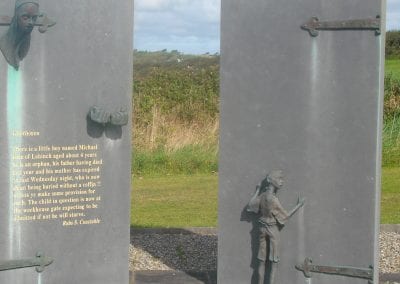 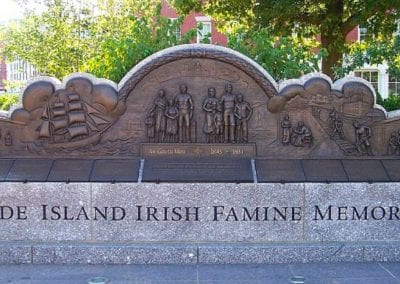 Why not subscribe to our Newsletter. We don't send out many, but when we do, we think its worth it.
We'll update you on whats happening and include foresight and insight as normal content. 🙂